Whether or not you attended law school in a particular state, you should consider other possibilities when signing up to take a state bar exam. And when you make this decision, the difficulty of each state’s exam is important to consider.

For example, many experts believe that California has one of the hardest bar exams to pass in order to work as a licensed attorney in the state.

What does this mean for you as a soon-to-be lawyer in the Golden State? It might be a good idea to take the bar in a neighboring state. Then, you can take an abbreviated form of the California bar exam once you have some experience under your belt.

Keep reading to understand how and why some state bar exams are harder than others. We’ll cover some particular challenges of this test, state alternatives to the Uniform Bar Exam, passage rates, and how you can prepare for your test date.

“It might be a good idea to take the bar in a neighboring state. Then, you can take an abbreviated form of the California bar exam once you have some experience under your belt.”

What Makes California One of The Hardest Bar Exams?

Part of what makes the California bar exam so difficult is how grueling it can be to complete.  Typically, the bar exam is a multi-day event consisting of hundreds of multiple-choice questions and other sections that require open response answers. But California’s test was a grueling three days of morning and afternoon sessions. Recently, it’s been reduced to a two-day event, consisting of the following:

Despite making these changes, this difficult bar exam has the lowest pass rate of any test held in the United States, according to List Surge. Furthermore, ABA Journal noted that the California bar passage rate in 2018 was the lowest in 67 years— only 40.7% for July test takers. Sounds pretty bleak, huh? Well there’s one important reason for CA’s abysmal bar exam pass rate: In California, you can sit for the bar exam even if you didn’t graduate from an ABA accredited law school. For that matter, you can sit for the exam without graduating from any law school. It’s part of a handful of states that allow bar exam applicants to obtain legal education by law office study in which they study law at a law firm for a certain amount of time. Naturally, receiving a legal education from an unaccredited school coincides with a lower passage rate. So if you actually go through the effort to graduate from a reputable law school, your chances of passing the CA bar are higher than the average!

“Naturally, receiving a legal education from an unaccredited school coincides with a lower passage rate. So if you actually go through the effort to graduate from a reputable law school, your chances of passing the CA bar are higher than the average!”

What’s on the California Bar Exam?

The California Bar Exam consists of the following major areas:

According to The State Bar of California, test takers may be asked questions in any of the following areas:

Wills and Succession: Test takers should be familiar with the California Probate Code and understand California laws concerning: the effect of death of married persons on community and quasi-community property, contracts regarding rights at death, simultaneous deaths, distribution among heirs or beneficiaries, wills, revocation and revival of wills, intestate succession, construction and interpretation of wills, trusts, and other instruments, omitted spouses and children.

Are you still worried about CA’s low bar exam passing rate? Here’s another tip that can help you out: California offers a shorter and less difficult bar exam for test takers who are already licensed to practice law in another state or jurisdiction. Attorney applicants may be able to take the one-day Attorneys’ Examination if they meet the following guidelines:

One way that people use to identify more difficult bar exams is to look at the passage rate. The theory is that if more people pass the test, then it must be easier. According to Law.com, these are the states with the highest pass rates for first-time bar takers:

States with low pass rates for first time test takers in 2017, in ascending order, include:

You might think that you’ll have an easier time passing the exam in states like Oklahoma and Iowa because of this data. But keep this in mind before you book that plane ticket:

Pass rate is certainly one factor to consider when determining the relative difficulty of a state bar exam. However, this shouldn’t be the only factor you consider!

For example, New York had a relatively high passage rate of 63% in July 2018 and 68% in July 2017. Despite that, it’s considered one of the most difficult bar exams.

Now let’s look at our previous example of a notoriously difficult state bar exam. California has approximately 16,000 test takers each year, according to The State Bar of California. Therefore, there are many more people taking this test than in many other states— which explains their higher passage rates.

“Pass rate is certainly one factor to consider when determining the relative difficulty of a state bar exam. However, this shouldn’t be the only factor you consider!”

The degree of a bar exam’s difficulty varies by state and this critical factor cannot be discerned solely by comparing bar passage rates. Many factors can affect the objective difficulty of a test, as well as how difficult it may be for you. Some of these determining factors include the quality of your education, the components of the test, the subject matter tested, and your personal study habits.

If you have a choice of which state to take your bar exam, you may be interested in Professor Robert Anderson’s analysis of the most difficult bar exams. He’s a professor at Pepperdine School of Law, and he used rigorous statistical analysis to determine the most difficult bar exams. Some of the factors he considered were bar passage rate, median undergraduate GPA and LSAT scores of students, an indicator variable for each state, the weighted average by number of test takers, and a regression analysis.

The top ten in order of most difficulty included:

Based on Professor Anderson’s research, the easiest bar exams included:

Notable People Who Have Failed the California Bar Exam 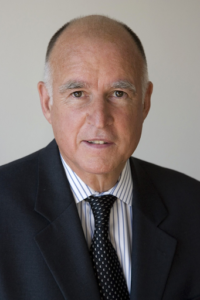 Are you worried about failing the California Bar Exam? Don’t be— you’re in good company.

These influential figures failed the CA bar at first, but went on to pass it on subsequent attempts and achieved great things in their careers:

While California’s bar exam may be largely perceived as the hardest one in the nation, some other states that may pose similar difficulty and the reasons for this include:

How to Study for the Bar Exam

Whether you are taking your bar exam in California or in South Dakota, one thing you should count on is studying. You have many different options for studying and should consider the method that best fits your needs, time to study, and study habits. Your options might include:

The bar exam is a difficult test regardless of where you take it. If you are interested in taking the test in different jurisdictions, you might want to research bar passage rates and the content on the test to determine which one you are most prepared for. Also, be sure to choose study materials that are specific to your state.